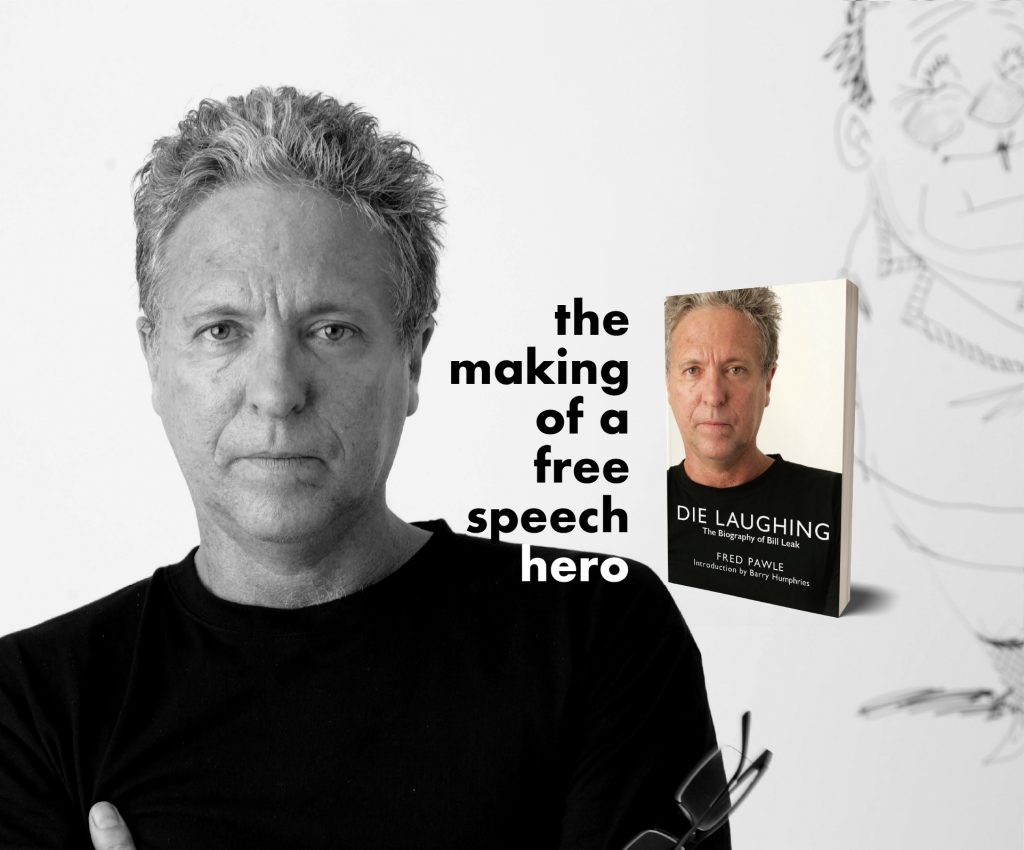 “Pawle’s book shows clearly that leak cared deeply about the right to free speech, and that this viewpoint was not just simply a cynical shield for racism, neoliberalism and other Halloween dolls of progressive critique.”

“Well done on a great, well researched and thorough explorations of a great Australian life and written superbly.”

How does a young man who learns jazz and classical piano, scours Europe’s great art galleries for artistic enlightenment and falls in love with women from all over the world go on to become reviled as a bigot?

The answer has less to do with him than it does with his critics. As cartoonist Bill Leak discovered, all it takes is to express an opinion that differs from today’s neo-authoritarian narrative.

When Leak, late in life, provoked the wrath of politically correct mobs and institutions, he didn’t flinch, adhering to what he knew to be the truth and ridiculing his detractors with his brilliant caricatures and savage intellect.

These battles were significant and symbolic, but should not define Leak’s life and work. Fred Pawle has spent three years researching and interviewing dozens of Leak’s friends and colleagues to create this intimate and honest biography.

Now, for the first time, here is the whole beautiful but occasionally troubled story behind an extraordinarily gifted Australian artist, cartoonist, writer and raconteur.