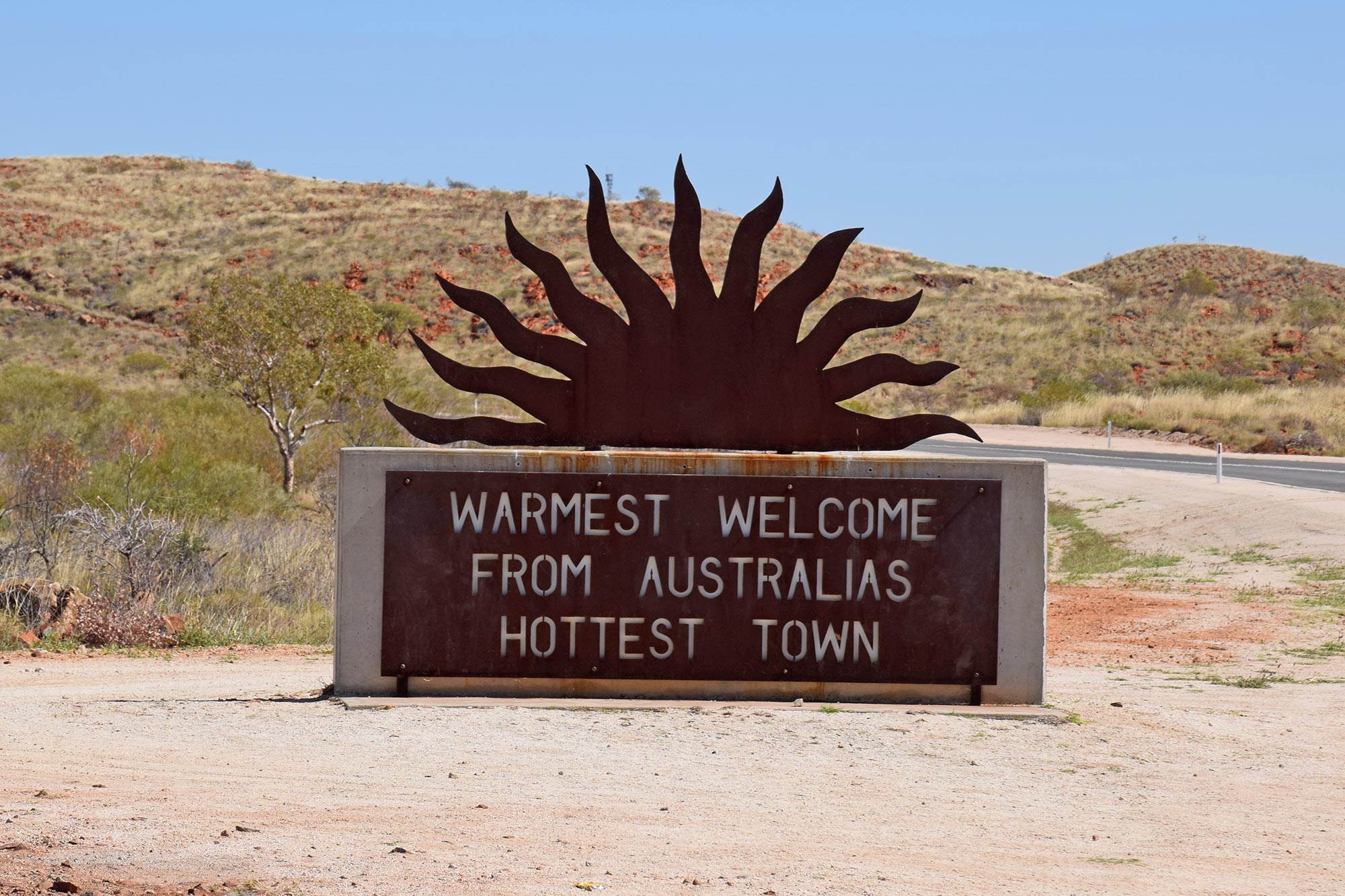 MY friend Craig Kelly – the Federal member for Hughes – attempted to raise the issue of the world’s longest heat wave record in the Australian parliament last Wednesday. He was shut down by Tony Burke, the manager of opposition business.

Specifically, Mr Kelly was attempting to draw attention to how the historical observations have been changed, and how the values as originally recorded at Marble Bar between 31 October 1923 and 7 April 1924 have been adjusted down. This was first brought to our attention by Chris Gilham, and reposted by Joanne Nova.

When the Australian Bureau of Meteorology cools the past – as it does with most of the 112 temperature series used to construct the official statistics – current temperatures appear hotter. The remodelling of Marble Bar has, to quote Mr Kelly, also robbed Australia of the world’s longest heatwave record. This now goes to Death Valley in California.

The Bureau claimed these changes were necessary because the weather station at Marble Bar has been moved, the moves created discontinuities in the temperature series, and these discontinuities can only be ‘corrected’ with reference to neighbouring sites.

In fact, the weather station at Marble Bar has always been just to the southeast of the town centre, on vacant public land on the edge of the Great Sandy Desert, which covers an area of about 284,993 km². There is no documentation for any move in 1944. In 1967 the weather station was apparently moved some metres. The distance is recorded as ‘small’ in the relevant catalogue.

The Bureau nevertheless identified weather stations at Mundiwindi (about 300 kms south), Wiluna (about 700 km south) and Roebourne (about 300 km east) as neighbouring stations suitable for comparison, specifically for fixing the perceived ‘discontinuity’ in 1944 created by the apparent station move.

The annual average maximum temperatures from the comparison sites move up and down in unison with the Marble Bar data including for the period from 1930 to 1940, as shown in Figure 1. This suggests that there is nothing wrong with the historical temperature observations for Marble Bar. And that feeding these stations together into the percentile matching algorithm would result in only minimal changes.

CHANGES TO INDIVIDUAL DAYS VERSUS CUMULATIVE

While the cumulative consequence of all the changes is a warming trend +0.7 °C Celsius per century in ACORN-SAT version 2, the changes are actually made to the daily values, as shown in Table 1.

So while the actual temperature recorded at Marble Bar on 18th November 1923 was 44.7 °C, this has been changed to 43.7 in ACORN-SAT version 2. This is a difference of one whole degree, as shown in Table 1.

The difference is only 0.2 degrees on 21st November. This lack of consistency in the fiddling is because the Bureau applies what is called a percentile matching algorithm to generate the new temperature series. To quote from the relevant peer-reviewed paper as published by the Royal Meteorological Society (International Journal of Climatology, Volume 33):

For the purposes of merging station series and correcting inhomogeneities, the data set has been developed using a technique, the percentile-matching (PM) algorithm, which applies differing adjustments to daily data depending on their position in the frequency distribution. This method is intended to produce data sets that are homogeneous for higher-order statistical properties, such as variance and the frequency of extremes, as well as for mean values. The PM algorithm is evaluated and found to have clear advantages over adjustments based on monthly means, particularly in the homogenization of temperature extremes.

Not many people are aware that the Bureau actually holds two very different temperature databases. Mostly, it uses what is called ACORN-SAT version 2 (Australian Climate Observations Reference Network – Surface Air Temperature) for generating trends and announcing record hot years. This database also contains all the values that are sent to the United Nation’s International Panel for Climate Change (IPCC).

The other database includes the historical values more or less as originally recorded. This is called the Australian Data Archive for Meteorology (ADAM), also known as the Climate Data Online (CDO). This database has a reasonable amount of integrity and generally reflects values actually recorded across Australia. There are nevertheless some issues with ADAM. The mix of stations is changing, with stations that have recorded colder temperatures closed down. For example, Charlotte Pass on the slopes of Mount Kosciuszko holds the record for the coldest temperature ever recorded on mainland Australia at −23 °C on 19 June 1994. Inexplicably, this station was closed down in March 2015. Also of concern is that there was a period when lower limits were set on how cold temperatures could be recorded, for example the limit that was set at Goulburn of −10 °C between the years 2007 and 2017 and at Thredbo between 2002 and 2017.

Also, some ‘inconvenient’ early hot records have been deleted, for example 51.7 °C recorded at Bourke in western New South Wales on 3 January 1909. This record needs to be reinstated as it is the hottest day ever recorded in Australia using standard equipment, properly calibrated and in a Stevenson Screen. The Bureau’s only excuse for deleting it is that it was recorded on a Sunday, and the weather observer was not meant to come in on that day.

The existence of these two date bases is not denied by the Bureau, but interestingly key Australian Broadcasting Corporation journalists cannot bring themselves to acknowledge this fact. This is perhaps because of all the complications it raises.

LET US GET IT CHANGED BACK

I’ve been trying to get something done about this since at least 2014. Ministers within the current cabinet who are across this issue include Greg Hunt and Josh Frydenberg. So far, they have refused to do anything about it, because they apparently do not want the Australian public to lose confidence in the Bureau.

I suggest we begin a campaign, in the first instance to have the correct temperatures for Marble Bar for the period of the heatwave, which was from 31 October 1923 to 7 April 1924, included in the official temperature record. This will require the Bureau to notify the relevant IPCC working group that is currently incorporating the incorrect values into their Sixth Assessment report, which is being used for the first global stocktake under the Paris Agreement.