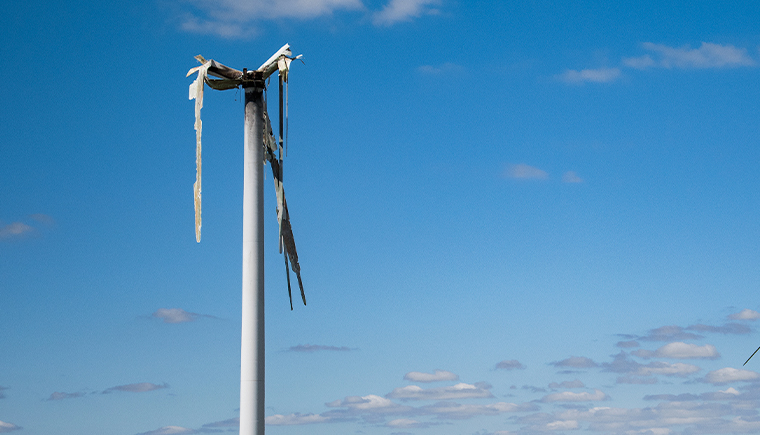 This article from the Winter 2020 edition of the IPA Review is written by IPA Research Fellow, Tristan Prasser.

Filmmaking activist Michael Moore’s most recent documentary, Planet of the Humans, was released earlier this year to a storm of controversy and criticism. The film, directed by Jeff Gibbs and executive produced by Moore, takes aim at the green energy industry—predominately solar, wind and biofuels—as just another capitalist corporate racket. As a result, a number of key players in the environmental movement have done their best to censor the film and have it taken down from YouTube. For a short time, they succeeded on a technicality, but it has since been reinstated on YouTube.

So why has this film seen such pushback? The answer is what makes this film important. The film highlights the sheer dishonesty of climate activists and renewable advocates with regards to the limits and environmental impacts of renewable technologies. The green-left’s seductive and delusional narrative on energy running up against reality was only a matter of time. That it is Michael Moore and his partner in crime, Jeff Gibbs, darlings of the radical left, who lifted the veil is perhaps what stings the most. For years such proponents have been spinning the utopian narrative that we can power the world with variable renewable technologies such as solar and wind with little environmental impact and at little cost because, you know, the sun and wind are free. It conjured up romantic notions of humans living in harmony with nature in small houses surrounded by forest, with a couple of wind turbines and solar panels giving us all the energy we ever need. Who would not want that? It was energy of the people, by the people, for the people.

Yet the film has serious flaws. First, it offers little in acknowledging the positive role hydrocarbons have played lifting millions upon millions from lives of poverty and subsistence over the past 150 or so years. Nor does it spend any time looking at potential technological solutions to the world’s energy and environmental challenges. Omitting nuclear energy is a clear indication this film is more interested in ideology than pragmatic solutions.

Second, the film is not clever or accurate in its attacks on the green energy industry, particularly wind and solar. As some critics have pointed out, correctly, the film too often relies on dated footage and gotcha-type on-the-street interviews to prosecute its case, typical of Michael Moore films. The film shows a solar farm about the size of an American football field in Detroit, Michigan, that can only power 10 homes. Of course it is not disclosed that the farm was built in 2008, using older solar technology. Or the footage in Hawaii of rusting wind turbines, which were removed long ago. Or the empty solar farm in Daggett, which today is not empty. Such clumsy half-truths diminish the validity of its critiques.

Finally, it indulges in the same tired, old and dangerous anti-humanist and anti-capitalist rhetoric we have come to expect from sections of the environmental movement. In many respects it is a film that is very much a product of decades of environmental thinking with origins in Thomas Malthus’ An Essay on the Principle of Population (1798) and in more recent times Paul Ehrlich’s The Population Bomb(1968). There is a moment in the film where Gibbs posits in his monotone voice that “There is a way out of this. We humans must accept that infinite growth on a finite planet is suicide.” Such cheery optimism.

Thankfully, there is an antidote to Moore and Gibbs’ depressing neo-Malthusian outlook. Enter Robert Bryce. The underlying thesis of Robert Bryce’s new book, A Question of Power: Electricity and the Wealth of Nations, is that electricity is fundamental to human progress and flourishing and indeed will become more so as we head deeper into the 21st century. It is a quintessentially humanist book. It is the culmination of his work as a long-time energy commentator in the US and author of books including Power Hungry: The Myths of “Green” Energy and the Real Fuels of the Future (2011) and Smaller, Faster, Lighter, Denser, Cheaper (2014). This book is complimented by a documentary called Juice: How Electricity Explains The World (2019), to be released in Australia later this year.

The IPA has been delighted to host Robert Bryce on more than occasion, most notably when he delivered the H V McKay Lecture to an appreciative audience in 2014. His address was published as More Energy Please in the February 2015 edition of the IPA Review.

A Question of Power explains what electricity is, how it works and why it is so transformative. The book traces the history of electricity and the huge range of social and economic changes and benefits it unleashed for billions across the world. Bryce highlights that access to electricity fundamentally changed the lives of girls and women around the world, freeing them from the drudgery of tedious time-consuming labour such as washing clothes by hand, and enabling them to seek a better life through education and employment. Literacy rates of women in places with little to no electricity are considerably worse than where women have access to reliable electricity.

Robert Bryce impressed listeners at this IPA function in December, 2016.

Bryce also looks at the politics of electricity generation, debunking mythology surrounding “green” energy as a genuine alternative to replacing coal and other fossil fuels. Like Moore and Gibbs, Bryce finds the renewable-only advocates wanting, calling it the “all-renewables delusion”. He highlights that getting the equivalent amount of energy from solar and wind on the same scale as we do from hydrocarbons inevitably requires the same large-scale extractive mining and industrial processes. This is compounded by the physical limits of such renewable-centric systems—low energy-density, intermittency, shorter lifespans, and additional storage or back-up requirements—that actually leads to higher material and land-use inputs over time compared to other forms of energy. Unlike Moore and Gibbs, Bryce examines key developments in new emerging technologies that could ensure humanity is able to meet the ‘Terawatt challenge’ and outlines potential pathways to a cleaner energy future such as natural gas-to-nuclear (N2N). What makes Bryce one of the best energy writers, if not thebest, is his uncanny ability to break down big numbers and complex arcane math and put it in a more palatable and meaningful context.

There is no need for readers to have a PhD in Engineering. This is a highly engaging and enlightening book, using colourful illustrations and relatable real-world human examples to underscore his key arguments. Bryce uses his typical American refrigerator to illustrate the vast consumption disparity between “high-watt”, “low-watt” and “unplugged” countries. About 3.3 billion people in “unplugged” countries use less power than it takes to run his fridge.

Australians seldom think about this, yet for decades access to reliable and affordable electricity has been fundamental to our own economic and social prosperity. It has enabled us to overcome geographic remoteness and vast distances; master a continent of drought and flooding rains; and rapidly transform ourselves from a country of farmers to one of sophisticated and highly skilled urbanites. Without it, life would be impossibly difficult, with Australians scratching out a poor lonely existence on a dusty plot of dirt.

Planet of the Humans and A Question of Power share important lessons for Australian politicians and policy makers. Pursuit of ill-conceived policies driven by ideological rhetoric rather than science and math has undermined one of Australia’s last remaining competitive advantages: affordable electricity. Many have fallen for the seductive narrative that we can power a modern country with wind turbines and solar panels alone and without serious consequences: economic, environmental, or otherwise. The fact Australia finds itself where it is today on the energy front only serves to highlight Bryce’s point that no country becomes prosperous by making electricity expensive and unreliable.

There is a need to seriously address how we generate electricity affordably, reliably and cleanly if we are fair dinkum about ensuring Australia remains a prosperous and resilient nation moving further into the 21st century. We all need affordable and reliable electrons, not empty platitudes.