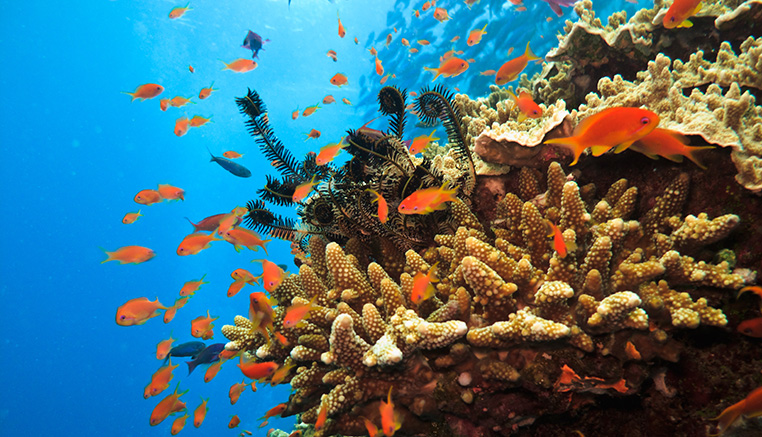 A new scientific paper, received with great fanfare among inter­national media and Australia’s public broadcaster, the ABC, claims half the corals of the Great Barrier Reef are dead.

The paper is by academics at James Cook University’s ARC Centre for Excellence for Coral Reef Studies. It is a scary headline. But is it true?

This finding is not based on any tried and proven method. Rather, the researchers from James Cook University have come up with a new method of statistical analysis based on a complicated “proxy” to estimate “colony size”.

The study itself was undertaken in 2016 and 2017, just after a coral bleaching event at cyclone-damaged reefs. If they had used traditional methods and longer time frames, it would likely be found that there is actually nothing wrong with the Great Barrier Reef.

Great Barrier Reef photographer Julia Summerling wrote recently about how a section known as North Direction Island, saying that the island’s corals were “savaged beyond recognition” due to Cyclone Ita in 2014, cyclone Nathan in 2015, and a coral bleaching event in the summer of 2016. So it was probably not the most representative time to be sampling. But the headlines are based on proxy measures from just a few reefs at that time.

She now says those areas have since recovered. “What I saw — and photographed — I could hardly believe. Young dinner-plate-sized corals were crammed into every available space on the limestone plateau as far as I could see, bristling with iconic fish life, from maori wrasse and coral trout to bumphead parrotfish and sweetlips. I swam a long way on the dive, checking to see how far the coral shelf stretched. The further I swam, the denser the coral fields became.”

For a new Institute of Public Affairs film, in January this year I visited the Ribbon reefs with Emmy award-winning photographer Clint Hempshall to follow the edge of Australia’s continental shelf to find and film coral bleaching. It was meant to be one of the worst-affected regions — 60 per cent dead from bleaching, which the same scientists say is caused by climate change. But we could not find any significant bleaching. We mostly found jewelled curtains of coral, appearing to cascade down underwater cliff faces. So colourful, so beautiful, all in crystal clear and warm waters.

The problem for Professor Terry Hughes, who co-authored the research, is that his study was undertaken in 2016 and 2017 then extrapolated out to cover other years. All of the research and subsequent media attention points to a narrative that the Great Barrier Reef is at risk of imminent collapse from climate change.

It was for questioning this claim, and the quality of science behind it, that Dr Peter Ridd was eventually sacked from James Cook University. Part of those claims by Ridd were that a lot of the science coming out of JCU’s ARC Centre for Excellent in Coral Reef Studies “is not properly checked, tested or replicated, and that is a great shame because we really need to be able to trust our scientific institutions, and the fact is I do not think we can anymore.”

Neither James Cook University, nor Hughes, have ever rebutted Ridd’s criticisms of the research.

This is what objective observers need to put into context when examining Hughes’s most recent claims. Ridd also said: “I think that most of the scientists who are pushing out this stuff, I think that they genuinely believe that there are problems with the reef, I just don’t think they are very objective about the science they do. I think they’re emotionally attached to their subject and you can’t blame them the reef is a beautiful thing.”

One quick glance at Hughes’s Twitter account and you will find he is critical of the Morrison government’s gas-led recovery, cheerleading for a royal commission into the Murdoch media and constantly criticises the Adani Coal mine.

The new paper by James Cook University scientists claims both the incidence of coral bleaching and cyclones is increasing, but there is no evidence to support ­either contention. The available data from 1971 to 2017 indicated there has actually been a decrease in both the number and severity of cyclones in the Australian region.

Coral-bleaching events tend to be cyclical and coincide with periods of exceptionally low sea levels. As discussed in a new book, Climate Change: The Facts 2020, there were dramatic falls in sea levels across the western Pacific Ocean in 2016. These were associated with an El Nino event.

Until recently, coral calcification rates were calculated based on coring of the large Porites corals. There are well-established techniques for coring the Porites corals and then measuring growth rates. So why do Hughes and his colleagues stray from these tried and tested methods?

Since 2005, the Australian Institute of Marine Science has stopped using this technique to measure how well corals are growing at the Great Barrier Reef. The few studies still using the old technique suggest that, as would be expected, as water temperatures have increased marginally, coral growth rates have also increased.

But rather than admit this, key Great Barrier Reef research institutions have moved from such ­direct measures to new and complicated “proxies”. They thus have more flexibility in what they find because the measurement is no longer one that represents coral growth rates or coral cover.

As proxy votes are something delegated, this gives the researchers at JCU the potential to generate what might be considered policy-based evidence. And yet without question, the media reporting of the most recent research is that “there is no time to lose, we must sharply decrease greenhouse gas emissions”.

Far too frequently, climate science has demonstrated noble cause corruption — where the ends justify the means. We will only know exact coral calcification rates, and changing trends in coral cover, when our once esteemed research institutions return to more traditional methods of measuring such important indicators of coral health and growth.

We need a return to real science that is based on real observations and real measurements and then we may find written in journals what we see in the real world when we jump off boats and go under the sea.