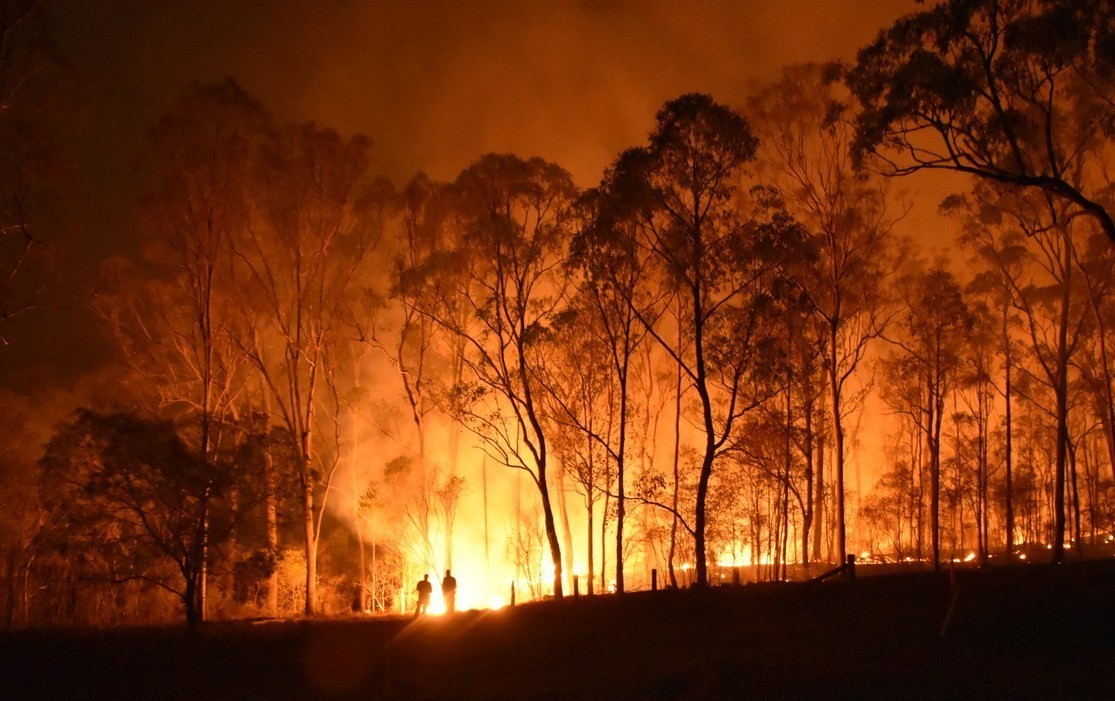 The word ‘unprecedented’ is often applied to des­tructive climate-related events, as though they could not have been predicted, and have never happened before. Last summer’s bushfires were no different. But were they really unprecedented?

This narrative creates anxiety because it follows that there really is a climate emergency and that we have pushed nature out of ­balance.

Appearing as a witness to the Royal Commission into bushfires earlier this year, Andrew Johnson, the head of the Bureau of Meteorology stated confidently that parts of Australia had experienced a rapid decline in rainfall. He used this to state “unequivocal” and “there’s no doubt” that climate change was having some sort of an impact on Australia’s bushfire seasons.

One can assume he was referring to the southeast of Australia because vast areas of eucalyptus forest burnt in the southeast last summer. Yet you only have to look at the official statistics from the Bureau of Meteorology’s own website for this region to see that annual rainfall is variable, and while the 1950s and 1970s were wetter than recent years, there is no evidence of long-term decline in rainfall.

Whichever way the statistics are scrutinised, there is no evidence of a long-term decline in rainfall in the southeast of Australia for the summer period just past, or even considering the data for all of Australia for all months since 1900.

The wildfires that burnt so much of Australia during the summer of 2019–20 have been repeatedly described as unprecedented and blamed on climate change. But without supporting statistics.

In reality, areas as extensive and fires as ferocious have burnt Australia since at least 1851.

Rainfall data indicates it is getting wetter (not drier) in southeastern Australia, the region worst hit by the recent fires. While the official statistics show unambiguously that summer rainfall has been increasing, not decreasing as claimed in the mainstream media, it is difficult to know if air temperatures are increasing, or not, because of all the changes to how Australia’s Bureau of Meteorology measures temperature.

The change from mercury thermometers to electronic probes in 1996, and the more recent change from numerical averaging to just taking one-second spot readings since 2012, makes it impossible to construct meaningful continuous historical temperature series. In other parts of the world where electronic probes are used to measure air temperature, the instantaneous one-second readings are averaged over at least one minute, and in the US over five minutes.

These wildfires incinerated millions of hectares of important habitat for rare and endangered animal ­species, and koalas in East Gippsland. The impact on local human communities has also been devastating, with so many lives lost and so much property destroyed.

A CSIRO report titled the ‘Bushfire History of the south coast Study Area’ details fires at Bega, Nowra, Mt Dromelly and other parts of southern NSW in 1951.

Fires consumed that same coastal strip again in 1994. So rather than ­unprecedented, regular in occur­rence would be a more accurate way of ­describing bushfire events in ­Australia.

Severe bushfires like the fires ­experienced this past summer are weather-related, in that they are usually preceded by high temperatures, low relative humidity, strong winds and a rainfall deficit. But a key fact often forgotten at places like the ABC is that there must also be critically high fuel loads for fires to take hold.

Fuel is live and dead vegetation ­accumulates over time. When fuel loads are kept low though regular hazard reduction burning, fires are unlikely to kill all the understorey plant species or the tree layer.

The area of forest in the southeast of Australia has been expanding even as public support for the necessary hazard reduction burning has been waning.

Support has been waning because hazard reduction burning involves ­active management, which is generally considered incompatible with wilderness values. The concept of wilderness derives from the idea of a balance of nature, which does not actually have a basis in the ecological sciences. It is a myth: a widely held but possibly false belief or idea.

Excluding appropriate fire regimes from open eucalyptus forests will not keep them in their current state, ­rather it can have the effect of simply making them more prone to severe fires that will eventually destroy them.

Across Australia, a better understanding of traditional Aboriginal burning methods, and the types of vegetation that existed before European settlement, could result in more support for the active management of wilderness areas, including for more hazard reduction burning.

A focus on hazard reduction burning to keep landscapes generally more open and thus safer for people and wildlife, would be more useful than blaming climate change — at least until there is better quality ­assurance of actual temperature measurements.

Those pushing the line that our ­recent bushfires have been unprecedented should check the facts.