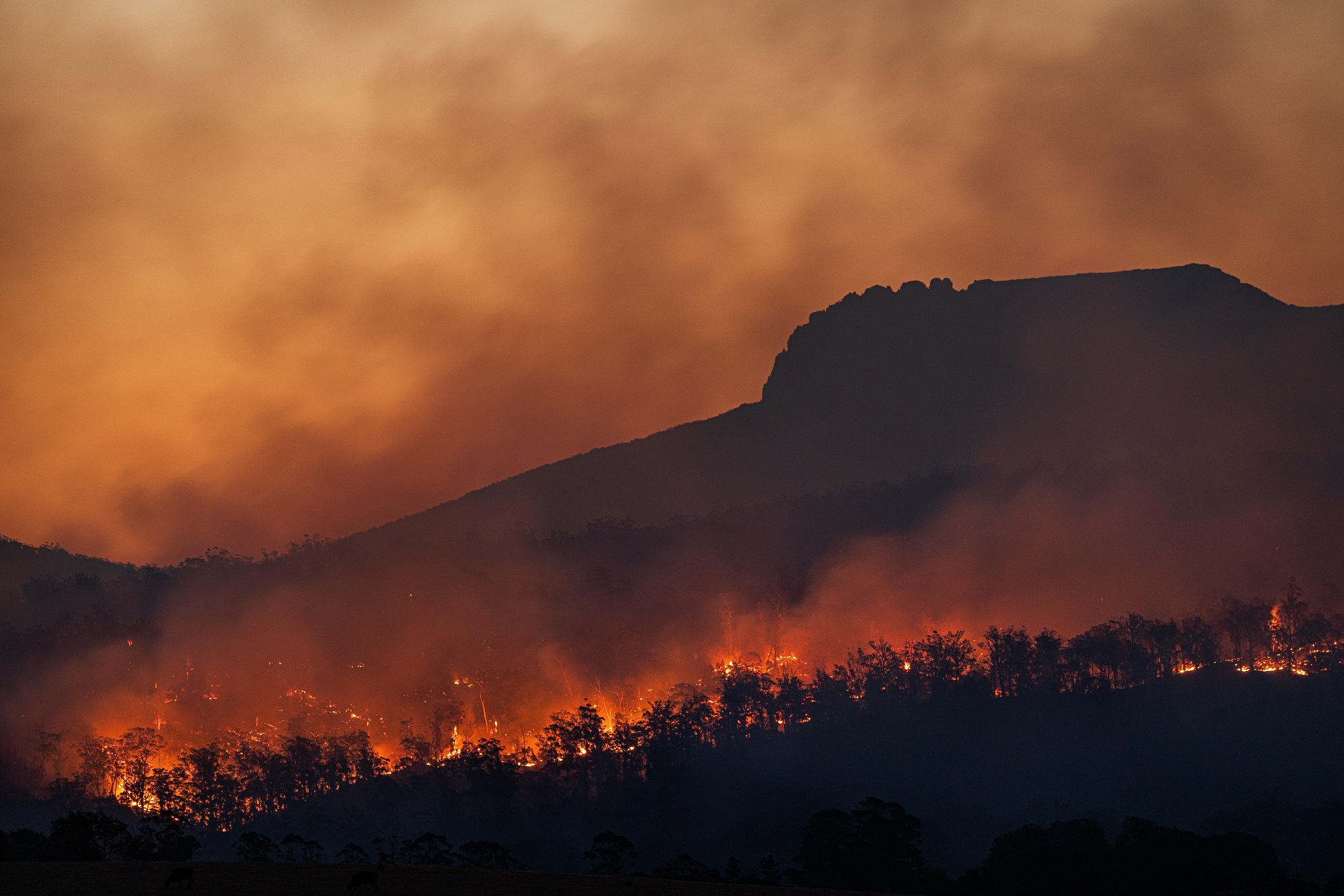 Veteran bushfire scientist, David Packham OAM, has advised the residents of Australia’s East Gippsland region to read Jennifer Marohasy’s chapter on bushfires in Climate Change: The Facts 2020, in a letter to his local newspaper. Amongst many roles in a distinguished career he worked for many years in bushfire research with the CSIRO, and was later Deputy Director of the Australian Counter Disaster College.

A belief, accepted by so many is that the bushfires of Eastern Australia 2019/20 were more intense and “unprecedented” has now become a “truth” that climate change has been the cause and we are to blame. Let us look at the “unprecedented” bushfires from another point of view and with the help of a willing librarian or bookshop you can make up your own mind.

Start with AW. Montford “The Hockey Stick Illusion”, (Anglosphere Books, 2010). Follow it with Ian Plimer, “Heaven and Earth”, (Connor Court, 2009) and compare with Tim Flannery, “The Climate Cure” (Text Publishing Melbourne Australia, 2020): a good summary is Jennifer Marohasy, “Climate Change: The Facts 2020” ( Institute of Public Affairs, 2020).  Chapter 15 is devoted to “Wildfires in Australia 1851 to 2020”, featuring East Gippsland. Do not forget Bill Gammage “The Biggest Estate on Earth” (Allen and Unwen, 2011).

Bushfires, wildfires, forest fires, megafires are all different names for disaster fires that have occurred over the last decade in Greece, California, the Amazon, Siberia, Iberia, Alaska, Canada and last year, the East of Australia.

The exact extent of the historical incidence of global wildfires and their consequences is somewhat uncertain. What is clear is that mega fires are not a new phenomena. for example. Eichler (2011, Quaternary Science Reviews, 30, 1027-1034) found a “A period of exceptionally high forest-fire activity” in Siberian fires between AD 1600 and 1680. In 1825 , the Miramichi, New Brunswick, USA, fire consumed 1.2 million hectares and 160-300 deaths. In 1871 The Peshigo fire, Wisconsin burnt 499,000 hectares and resulted in 1,200-2,500 deaths.

Mega fires were around before rising CO2 and climate change. Climate change is not a “necessary condition” and thus cannot be a cause. The claim that the recent large and sometimes intense Australian bushfires were due to climate change was gleefully reported by almost the entire national and international media as proof of “the new normal” of longer more intense fire seasons with higher temperatures and more droughts This myth has also been used by failed fire agencies, green academics, negligent governments and international fire-bombing aviation companies. It is their excuse for failing to manage bushfires and to avoid public condemnation for the tragic outcomes whilst again lobbying for more funds and resources.

If not climate change, what is behind the purported increase in megafires? We know how and why bushfires behave as they do. The practical fire prediction models have been well enough tested after being developed with thousands of experimental fires and provide all the tools we need to develop a fire policy and practice that would allow the forest environment to thrive and our current disaster issues to disappear.

The complete removal of fire disasters, will be based upon hard evidence and not on current myth and spin. Professor Richard Feynman put this wonderfully in his famous quote which is as pertinent today as it was when first used in 1986.

“For a successful technology, reality must take precedence over public relations, for Nature cannot be fooled.” To lump all bushfires into one uniform silo is real bunkum and then to assert that a global temperature rise of 1.5 degrees will create more “un-precedented” disasters is bunkum science at its worst.

Australia’s climate ensures that our forest fuels are sparse but always fire dry in summer, ready to feed regular fire disasters. Another fuel is the arid zones of Australia’s “Red Centre”. Arid areas have an absence of fuel except when occasional rains cause the desert to bloom and about once every hundred years large fires follow a year later.

In comparison, the change to high fuel loads resulting from not maintaining “healthy and safe” forests by the use of natural fire as practiced by the Australian people for some 60,000 years is the real threat.

Disenfranchising the Indigenous custodians of our lands has allowed bushfire fuels to increase by around five times leading to a fire intensity increase of 25 times. Fire intensity has leaped by 2500 per cent driven by the vastly increased fuels and the loss of parkland structure of much of our forests to the disadvantage of current and previous inhabitants.

Neglected fuels override climate change by at least four hundred times, rather like a B-Double colliding with a bicycle. The direct effect of global warming on fire behaviour is so small as to be irrelevant. Fuels are the problem. The result of any global temperature increase so far is that fire behaviour has increased by only 6 per cent but 2500 per cent due to governments that have failed to adopt well proven use of fire to lower fuels, improve the condition of our natural lands and result in a “healthy and safe environment”. A crime against the environment and humanity.

This first appeared as a letter to the Editor in the Bairnsdale Advertiser, 26 May, 2021. Minor corrections have been made to the text. The display image is from Lizardstomp/Flickr.com under a creative commons license. It shows “Logging burn Tamboon, East Gippsland from the top of Mount Everade.”